Queenslanders rally against invasive mining to save food, water and communities

Hundreds of Queenslanders rallied against invasive mining outside State Parliament in Brisbane today.

The Rally for the Future attracted city and country folk from all around Queensland to hear speakers voice their concern about how invasive mining, including coal seam gas, was wrecking our state. 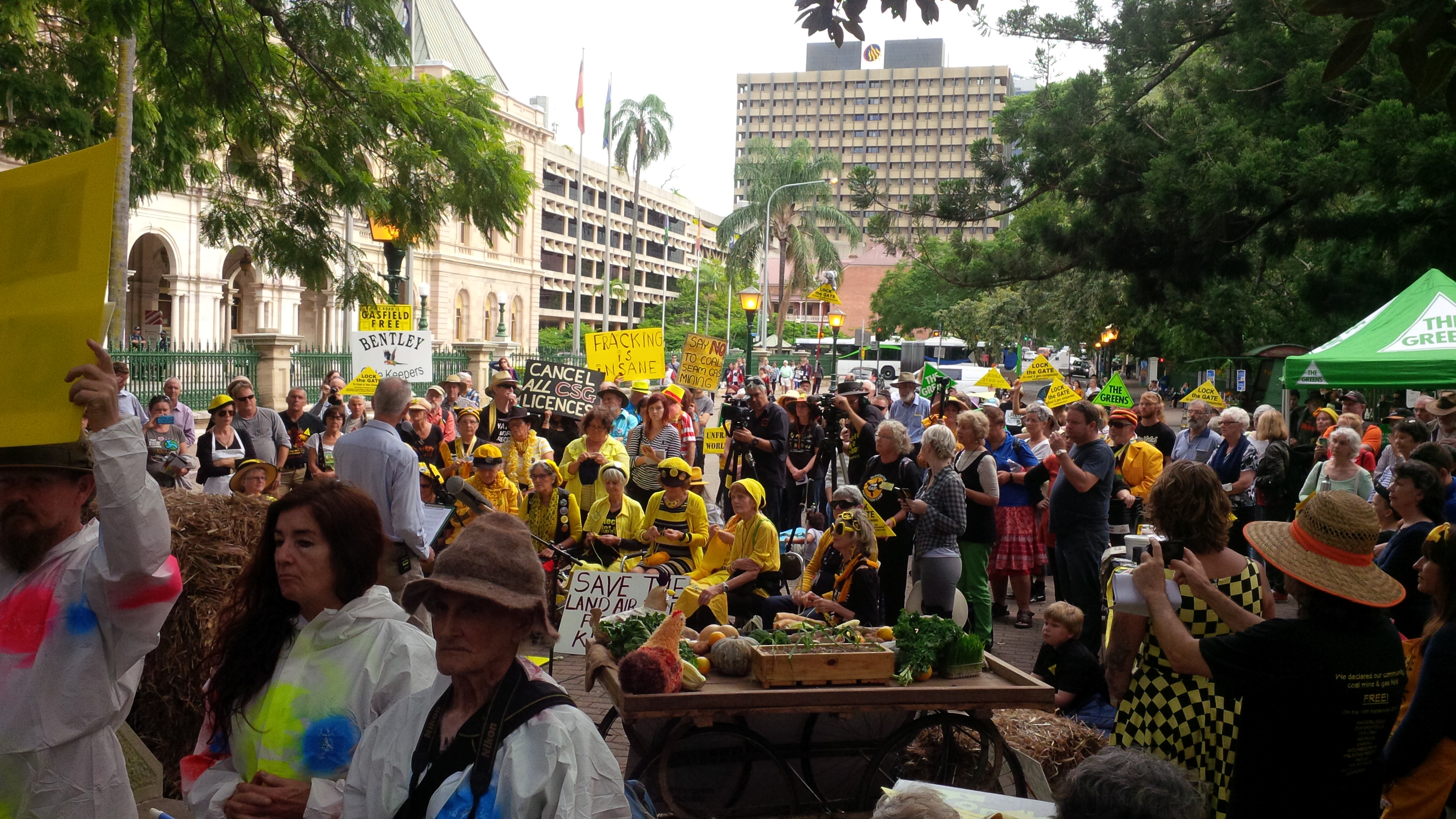 Lock the Gate’s President, Drew Hutton said the group was concerned that the new State Government was “dragging its heels” on important mining reforms that would help protect Queenslanders.

“The ALP, before the election, said it would investigate the Acland mine expansion approval, bring back our rights to object to mining, launch an enquiry into political donations and protect our pristine river systems” Mr Hutton said.

“But we are yet to see any action on these commitments, and the community is increasingly alarmed that the ALP is falling short on their promises. It is crucial that they act now and deliver urgent change.”

“In our area 85 per cent of people want to be Gasfields Free but the politicians just ignore that,” she said.

“Families are being torn apart by the impacts of invasive gasfields.  People are walking away from their homes due to noise and health impacts, while the government does nothing to help.

“These companies throw communities a few dollars then expect us to just accept the fact that they are risking our water resources, encroaching on our farm land, and reducing our property values.”

Dr Geralyn McCarron, a general practitioner, has researched the impacts of CSG extensively and spoke at the rally.

“Ours is a world of evidence-based medicine, yet not a single proper health impact study into CSG has been conducted in Queensland,” she said.

“My own community surveys in the Tara gasfields in the Western Downs have revealed that children are getting sick with parents reporting nosebleeds, headaches, rashes, nausea and eye irritation.

“The evidence of harm to human health from unconventional gas mining is readily available in the international, peer reviewed, medical literature, and the Queensland Government urgently needs to catch up.”

Senators Glenn Lazarus and Larissa Waters spoke at the rally and are also available for comment.