Carving up food lands for coal transport in Central Queensland.

In March 2014, Lock the Gate Alliance released a new report that reveals a Queensland Government proposal to declare a State Development Area (GBSDA) across 2 million hectares in Central Queensland, to facilitate coal rail developments, would lead to major flooding and significant loss of food-producing land.

The declaration of a State Development area will mean that the Queensland Coordinator General can compulsorily acquire any farmers land, against their wishes, across 2 million hectares of land.

There is no requirement for good faith negotiations in this land acquisition. The weight of uncertainty alone for these landowners within the GBSDA is enough to drive down land prices and chill beneficial agricultural productivity, let alone expansion.  A similar SDA scheme for a coal rail line in the Surat Basin resulted in a reported 30% loss in land values. Download the Executive Summary (1MB) here and the Full Report (5MB) here. 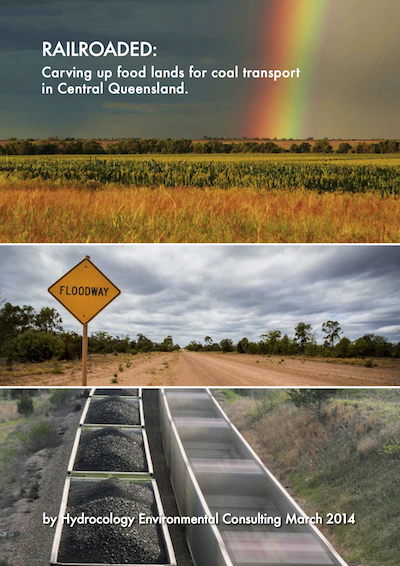 The report finds that flood risks and potential loss of good quality food producing land could be enormous.