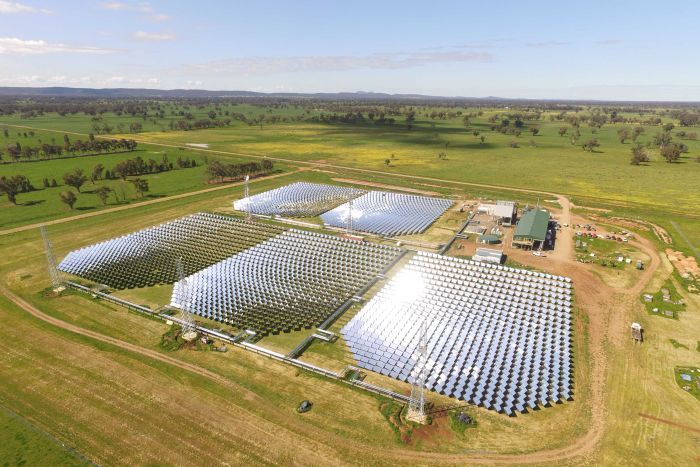 Gas power generation is promoted by the gas industry as a transition fuel, yet research is putting that myth to rest. Rapid advances and falling costs in renewable power and storage technologies means that a secure, dependable, cost effective power system can now be achieved without gas. 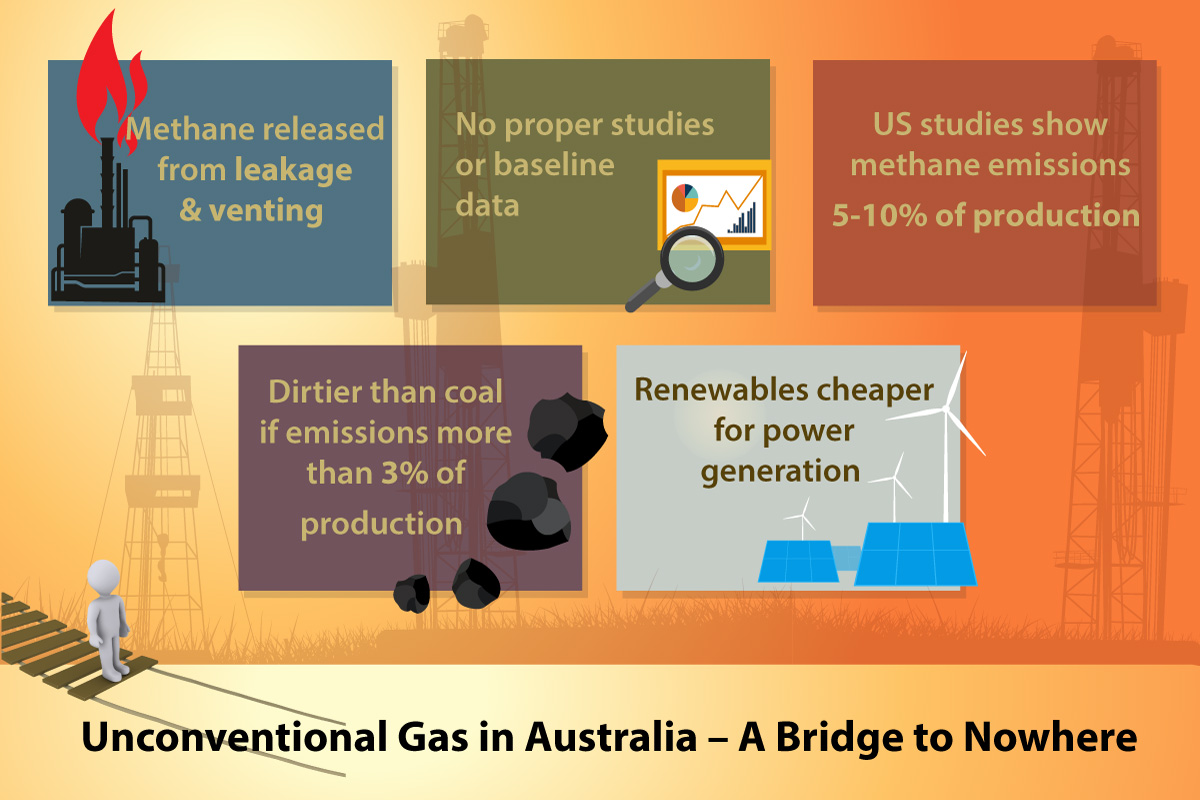 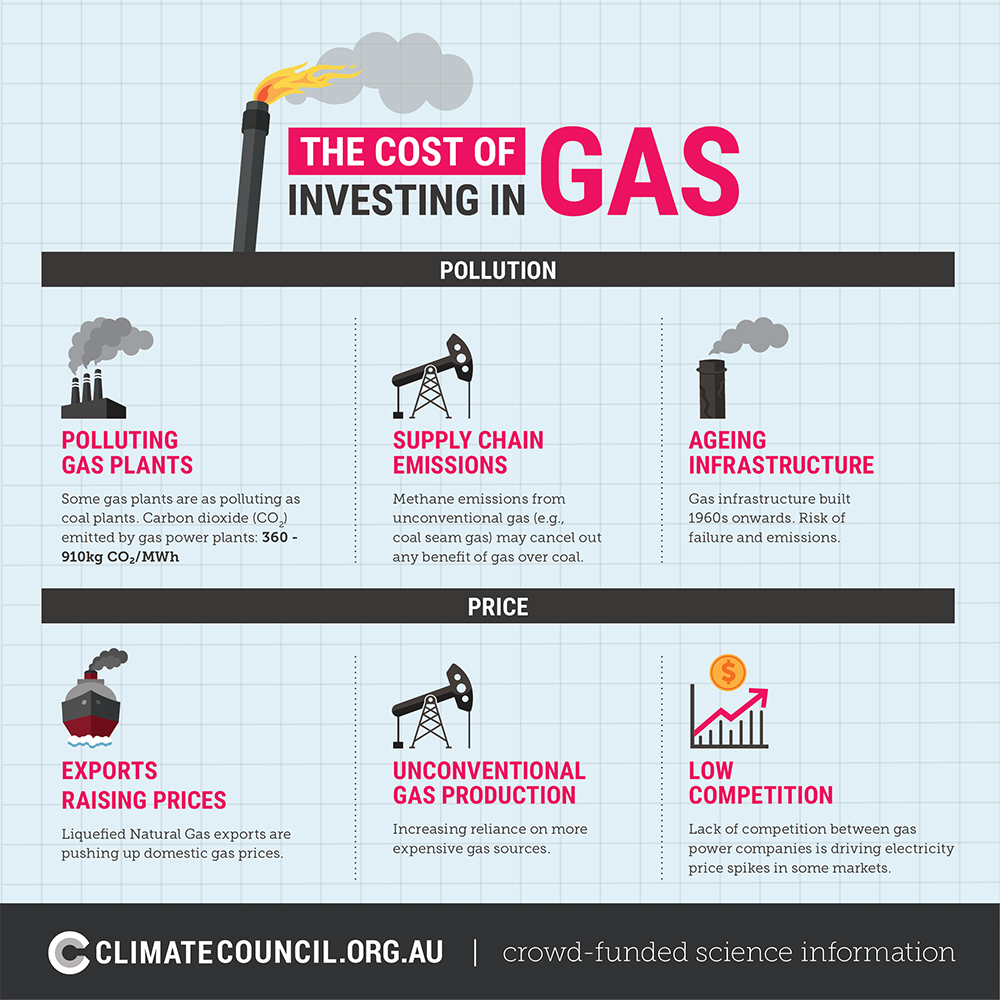 In its report Pollution and Price: The cost of investing in gas, the Climate Council of Australia shows that renewable energy and storage can provide a secure, affordable alternative to new fossil fuels. The electricity system must balance power supply and demand, and withstand disturbances to the power system such as severe weather. These challenges can be addressed without increasing reliance on expensive, polluting gas power.

There are many renewable energy technologies that can provide around-the-clock, on-demand power, including solar thermal, sustainable biomass, and pumped hydro-power. Combining these technologies with wind, solar PV, and largescale energy storage can accommodate electricity demand 24 hours a day and also meet the technical requirements for grid stability. 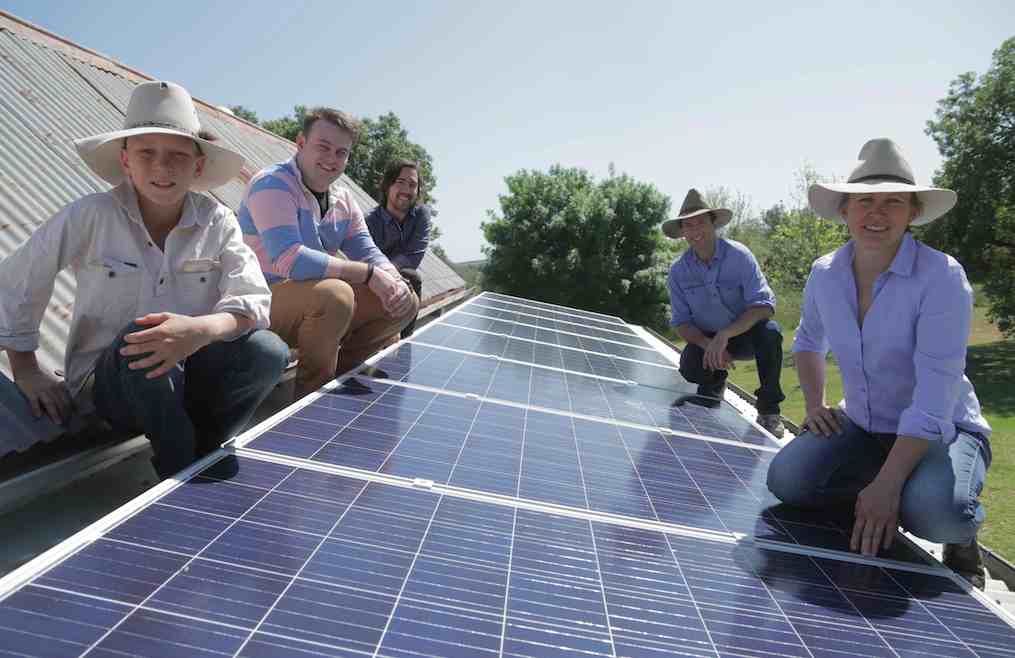 [3] According to the Climate Council of Australia, this investment would be in the order of many tens of billions of dollars.