Royalty Holiday would put 110,000 hectares of farmland at risk on Western Downs 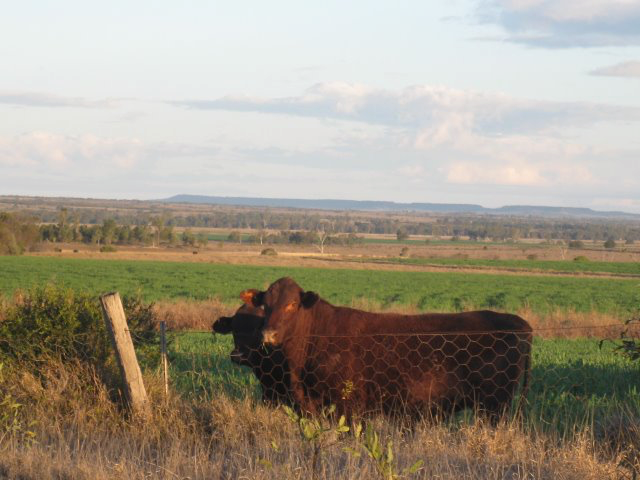 Lock the Gate Alliance has responded to reports the Queensland Government is considering extending a possible royalty holiday for the Adani coal mine to other mining companies across three mining basins, including the Surat Basin, as a recipe for disaster for food production in Queensland.

It is being reported that Premier Palaszczuk is considering some form of royalty holiday for the Galilee Basin, Surat Basin and North West Minerals Province.

“The Queensland Government should not be easing the path for polluting coal projects that will damage our land and water, and destroy rural communities,” said Ellie Smith, spokesperson for Lock the Gate Alliance.

“Providing royalty holidays to facilitate coal mining in the Western Downs would deliver a lasting blow to agriculture in Queensland, with mines putting at risk up to 110,000 hectares of farmland.

“Instead of propping up the damaging coal industry with special deals, the government should be investing in growth industries, such as agriculture, renewable energy, aged care and tertiary education, in order to create long-term jobs in regional communities.

“The Glencore Wandoan coal project alone would mine 22 million tonnes of coal per annum for 35 years, and impact up to 32,000 hectares of farmland on the Downs.

“A royalty holiday would also benefit New Hope coal, which has already done untold damage as a result of the Acland coal mine on the eastern Darling Downs, and claim to be sitting on a resource of one billion tonnes of coal in the Western Downs.

“The proposed coal mines on the Western Downs also want to dam the mighty Dawson River in order to wash their dirty coal, putting the Great Barrier Reef and the tourism jobs it provides under more strain.

“The Queensland Government needs to urgently rule out any type of royalty holiday for Adani, Glencore or New Hope Coal. Queenslanders have had enough of being ripped-off for mining giants” she said.