A new analysis of the region earmarked for release to coal mining in Central West NSW has revealed what could be lost if Berejiklian Government plans are successful.

Public consultation is now underway into the proposed release of land known as Hawkins and Rumker 160km north west of Sydney, with consultation over a third parcel - known as Ganguddy-Kelgoola still to come.

The three mooted coal release parcels cover 60,369 hectares in a region where the economy is currently built around sustainable agriculture and nature-focused tourism. There are also large areas of public land and more than 84% native vegetation cover.

The report, based on spatial analysis conducted by Earthscapes Consulting, shows the risks the community, existing industries, and the environment face if coal mining is allowed to proceed in the region.

Within the three “strategic coal release areas”, the consultants found:

This, at a time when the World Heritage Commission has asked the NSW Government for a cumulative impact assessment of mining impacts on the Greater Blue Mountains World Heritage Area. This assessment appears not to be complete, even though it was due by the end of 2020. 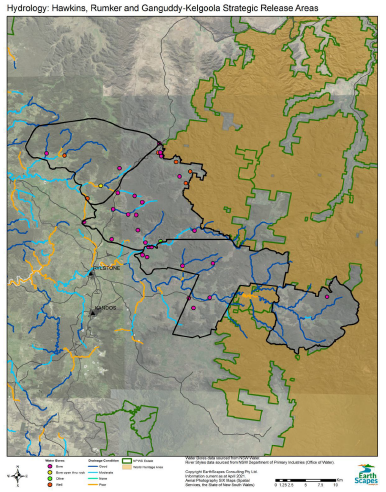