Concerned Wynnum residents have called on the State Government to demand the coal industry and Queensland Rail cover coal stockpiles and train wagons passing through densely populated areas of Queensland.

Clean Air Queensland (CAQ) spokesperson, Michael Kane told the gathering that the government, mining companies and Queensland Rail were ignoring their responsibility not to endanger the health of Queenslanders.

“The people of Wynnum and others living along coal train lines from Brisbane to the port have had enough and are demanding action from this government to stand up for them against the powerful coal industry,” said Mr Kane.

Wynnum resident of 43 years, Colleen Durnian spoke of concerns for her husband’s health as his asthma was worsening as the coal dust in and around their house increased.

“The front of my house is black and it’s a struggle to keep the coal dust out,” Mrs Durnian said. “His asthma is increasingly getting worse and we can’t understand why they just won’t cover the coal to stop the problem.”

Exposure to particulate pollution from substances like coal dust is known to cause asthma, lung cancer and respiratory illnesses.

Public Health researcher, Associate Professor Adrian Barnett of the Queenslander University of Technology backed the results of a CAQ study -  ‘‘Health Hazard in our Suburbs’ – that showed coal trains were emitting alarming amounts of pollution as they passed close to homes, schools and workplaces.

The CAQ study that found that coal trains passing through Wynnum emitted up to 900% higher pollution readings than normal levels. Towns including Toowoomba and Ipswich and 21 Brisbane suburbs were impacted. 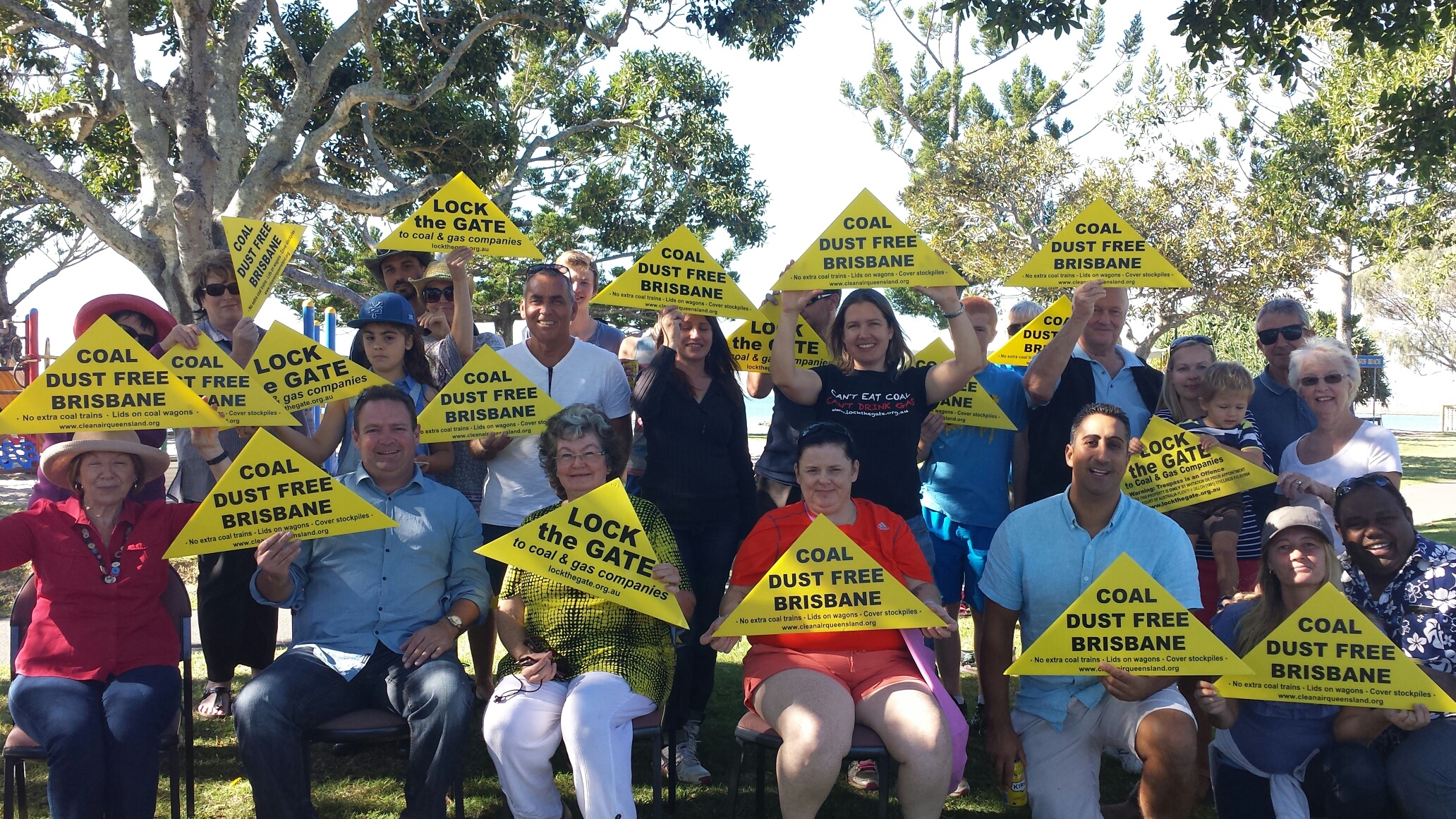