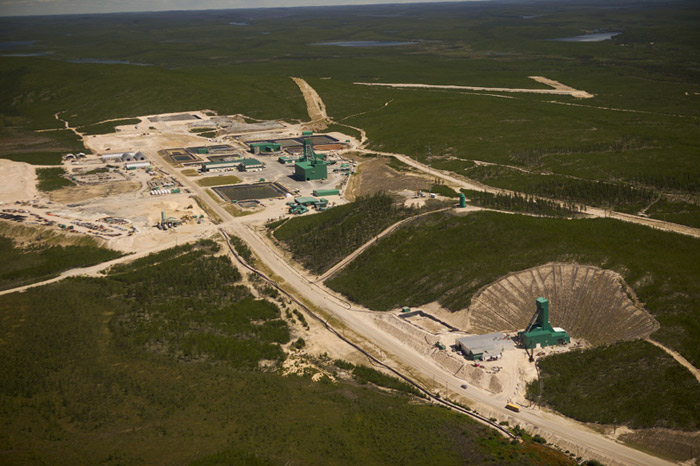 For decades this part of the South West Gulf region has suffered the impacts of invasive copper and lead mining and heavy metal contamination of waterways from both Redbank and McArthur River Mine and witnessed the ongoing failure of the NT government and its regulatory agencies to safeguard the environment and human health.

The region has one of the richest shale gas deposits in the NT and fracking exploration is occurring in the headwaters of the McArthur River within the Beetaloo Basin and further south in the McArthur Basin. In December 2014 members of the Nawimbi Land Trust voted to reject Armour Energy’s application for petroleum exploration rights, blocking the company from acquiring key access roads and infrastructure in Borroloola needed to link surrounding shale gas tenements to existing gas pipeline grids. 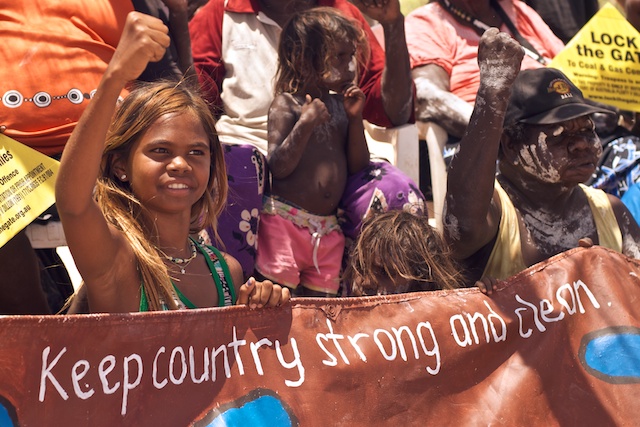 Clan groups in Borroloola and the South West Gulf of Carpenteria are working together to protect country from fracking.

The community and local clan groups have vowed to fight any new fracking applications. However some pastoral stations in the region , including Manangoorah south of Borroloola, have discovered roads and well pads constructed without consultation or consent on their land in 2014, close to river systems off the McArthur River and springs used for station drinking water and cattle.

In October 2014 Borroloola Elders led the a march across the McArthur River Bridge as part of the Global Frackdown, an international day of action against fracking. You can listen to speeches from the action here (audio recording number 16 half way down page) and watch Borroloola residents speaking out against fracking in this short call to action: