Desert rivers too precious to be sacrificed

The budgies of the Channel Country are nesting.

Record rains fell this wet season following one of the most intense droughts in history, and the floodplains have sprung back to life.

Soon, once their chicks are ready, the birds will take flight in great murmurs across the floodplains, at times congregating in such large numbers they briefly block out the sun.

Located about 130km south west of Longreach, Noonbah has been in Mr Emmott’s family since his grandmother drew it in a ballot in 1914.

And he’ll be damned if gas companies are allowed to turn it, and other parts of the Channel Country, into an industrial fracking wasteland.

“The rivers of Western Queensland are three of the last major desert rivers on the face of the planet that are not seriously compromised,” Mr Emmott said. 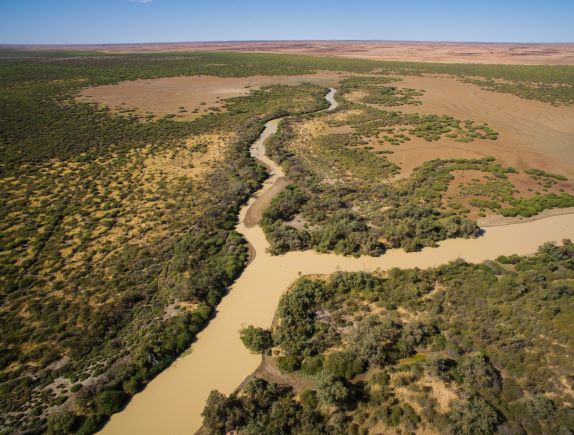 “The floodplains themselves provide amazing biodiversity conservation as well as a natural beef industry.

“After we get floods, the beef industry brings cattle in and we can put up to two kilos a day on cattle with no chemical input - it’s totally natural pasture.

“In the long term, feeding people and maintaining biodiversity are two of the most important things we can do. No way should we sacrifice that for short term monetary gain for a couple of gas companies.”

What really gets underneath Mr Emmott’s skin is, if the current Labor State Government was to be believed, the Channel Country’s floodplains should be protected.

The Palaszczuk Government made pre-election promises in both 2015 and 2017 to protect the iconic region’s floodplains.

The government also promised that if shale gas fracking were to proceed in the state, a thorough scientific assessment would be undertaken and subsequently released to the public.

But Right to Information requests obtained by Lock the Gate this year, along with ASX statements made by gas companies, have revealed that the State Government has quietly granted petroleum licences across thousands of hectares of Channel Country floodplains.

In total, since Labor was elected in 2015, gas companies have been given 738,908 hectares of special 'potential commercial areas' to prove commercial gas reserves over the Lake Eyre Basin.

Those PCAs have been granted over 348,066 hectares of Channel Country floodplains - which are mapped under the Qld Regional Planning Interests Act as Strategic Environmental Areas - and most of them extend for 15 years.

There is an existing conventional gas industry in the region, but the documents and statements clearly show the companies are eager to frack in order to get at the shale gas that lies beneath the Channel Country. 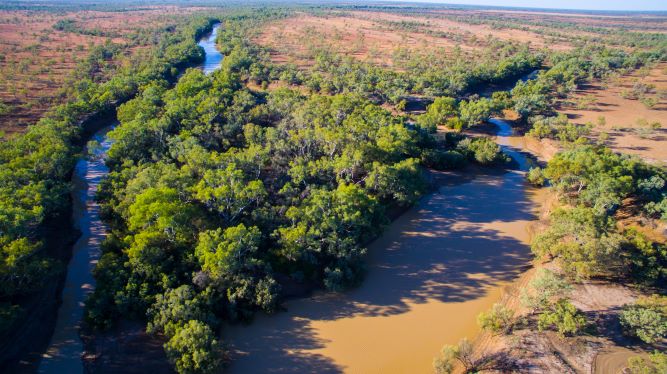 Ellie Smith, Lock the Gate’s Queensland coordinator, said if allowed to proceed, the unconventional gas industry would wreak havoc across the fragile floodplains.

“The unconventional gas industry has a huge impact on water and land use,” she said.

“The idea that unconventional gas can coexist with agriculture is simply wrong because the industry is so intensive, companies drill so many more wells to get the gas out.

“There are also huge waste disposal issues with the chemicals and salt water that come back up out of the wells.

“Then there’s the conflict with landholders. What we’ve seen from the experience on the Western Downs, where the unconventional gas industry has pockmarked the landscape, is that there’s been a total lack of respect by the gas companies for the landholders.

Grazier Ann Rayment, whose family property ‘Connemara’ lies 116kms west of Jundah and is on one of the catchments of the Diamantina River, doesn’t want to see the gas industry transform the region into a “spiderweb” of gas wells, like it has done to parts of the Western Downs.

“I feel sorry for the people down around Dalby who are having to fight this industry,” she said.

“The Channel Country is some of the last untouched, naturally organic country in Australia.

“It has low population density which allows its waterways to be chemically unpolluted and it would be criminal to see this change.

“Ideally, I would like to see the Channel Country protected from fracking. There are many subsidiary creeks that flow onto the floodplains, so even if they fracked 20kms out from these river systems, it would contaminate the waterways that make their way into the major rivers of the Channel Country and then into the Basin.

“You only have to recognise how much weeds and seeds spread after rains, to see where water runs, and this would be the same with chemical spread.

“Another factor of concern is the water that would be drained from the underground reserves.

“We are partially reliant on bore water supply as, in this area, there are areas of surface water that are prone leaking and only last around 9 months of the year.”

“The fact is, once you muck around with fracking, no amount of money will ever be able to rehabilitate the affected land and waterways”. 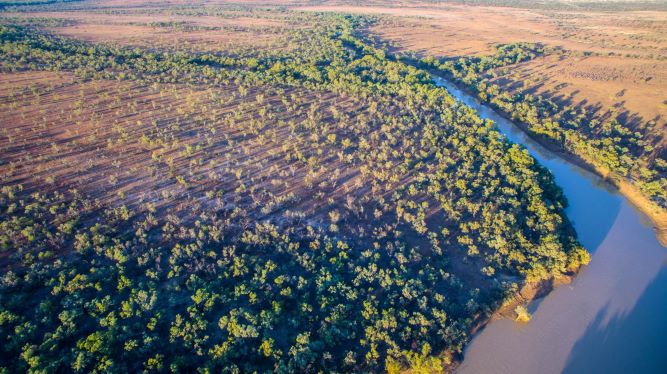