Just last month, the McGowan Government caved to pressure from Texan fracking company, Black Mountain. Black Mountain’s subsidiary, Bennett Resources, was granted an exemption to the government’s own onshore gas export ban. This threatens to open up the Kimberley to fracking gasfields for export scale production and could devastate the region's natural and cultural heritage.

This is the latest chapter in a long history of WA State Governments being coerced by the gas and oil industry.

What the McGowan Government must keep in mind, and something that gas companies would rather gloss over, is West Australians already have science-backed conditions to govern the fracking industry.

These conditions took a great amount of effort to develop after the fracking moratorium was overturned in 2018. Worryingly, not all these conditions have been implemented. Despite this, gas and oil companies are already champing at the bit to rip up the Kimberley.

We sincerely hope it is not too late for the government to change course and implement all these recommendations.

As it stands, Traditional Owners, landholders, and communities still do not have an unequivocal right to refuse access to fracking companies. This was a key recommendation of the fracking inquiry, but is yet to be implemented. Without this veto right, negotiations are heavily weighted in favour of the frackers. 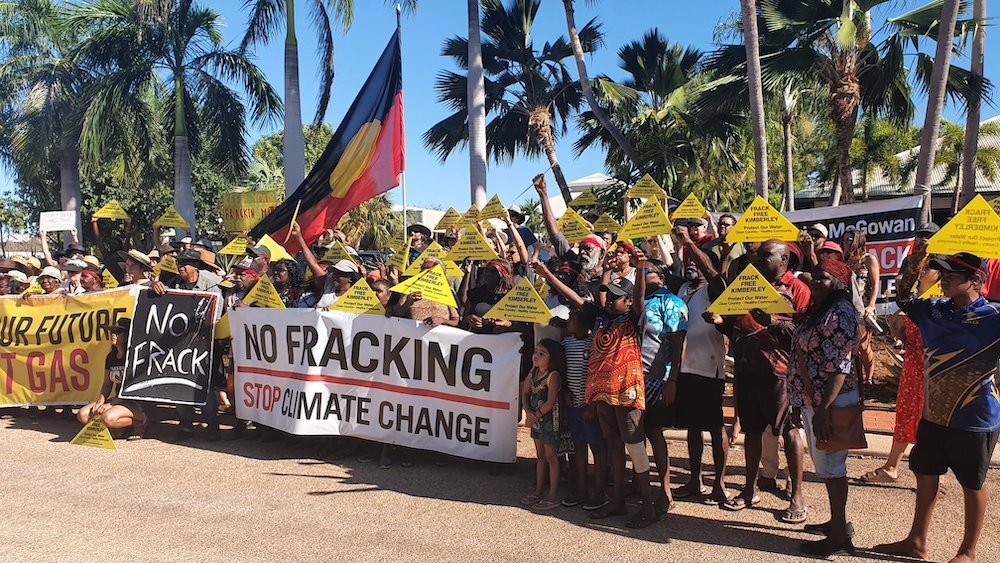 As well, the inquiry was based on a small scale domestic industry. In order to justify the cost of establishing an export-focused fracking industry, Black Mountain would likely need to drill thousands of frack wells in the Kimberley. Black Mountain is also not alone. There are several other companies with leases in the region, like Origin Energy, that are keen to drill this unique part of the world for what lies kilometres below its surface.

Frackfields are not just wells. They are heavily industrialised and polluting landscapes of wastewater ponds, pipelines, and access roads, populated by thousands of heavy vehicles. Millions of litres of groundwater are extracted for each frack, and trucks trudge across the landscape, bringing in millions of litres of toxic fracking chemicals, many of which are carcinogenic. These toxic chemical slurries are plunged kilometres into the ground to release the gas that has remained trapped within the shale for millions of years. 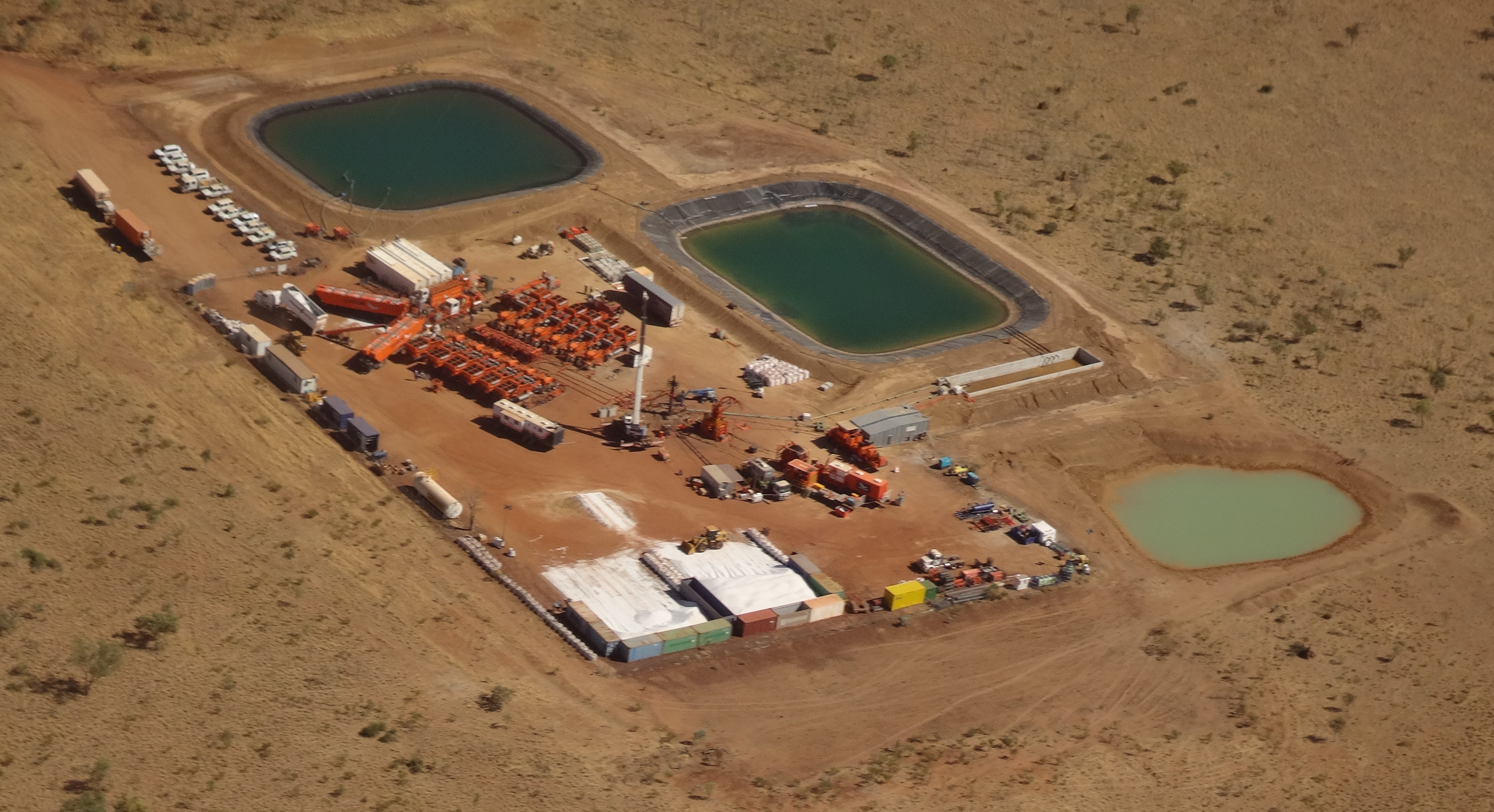 The formulae of this chemical concoction are often not made public due to so-called “trade secrets”. That’s why another important action resulting from the inquiry was to make these chemicals publicly known. We call on the government to urgently implement this recommendation before test fracking occurs.

Of course, the impact of fracking on the environment is not limited to what occurs on the ground, or even beneath it. The burning of fracked gas, and the fugitive methane emissions that escape during the production process, add to the climate crisis. Methane is a fossil fuel, and a nasty one at that, with the latest evidence showing it is up to 120 times more potent as a heat-trapping agent than coal over 20 years.

Estimates from Climate Analytics say the Canning Basin in the Kimberley could potentially release 13.5 billion tonnes of carbon dioxide-equivalent gases into the atmosphere if exploited.

To put this mammoth threat to our climate in perspective, Australia only has 3.5 billion tonnes left in its Paris Climate Agreement target budget.

Research has also shown multiple instances of underreported methane leakage from tapped gas basins, with estimations of up to 60% of underreporting. Methane leakage only needs to be more than 2.7% for gas projects to become more emissions-intensive than coal.

But what about the jobs? Despite its best efforts to promote itself as a high employment industry, the opposite is actually true of fracking. Modelling from regular gas industry consultants ACIL Allen predicts a fracking industry in WA would likely only result in 80-200 jobs being created. Is industrialising the iconic Kimberley and contributing vast emissions to the climate crisis really worth it for so few jobs?

Mark McGowan and his government took a cautious approach to the pandemic, and kept West Australians safe. It’s a shame he and his government aren’t exercising the same kind of caution to the climate crisis. What he needs to do is close the borders - not to people this time - but to the fracking industry. 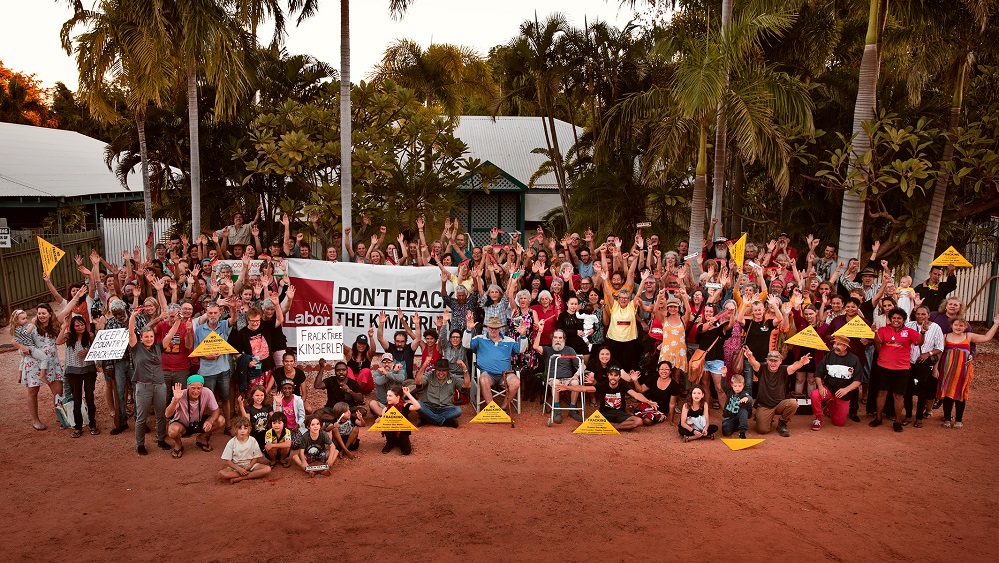