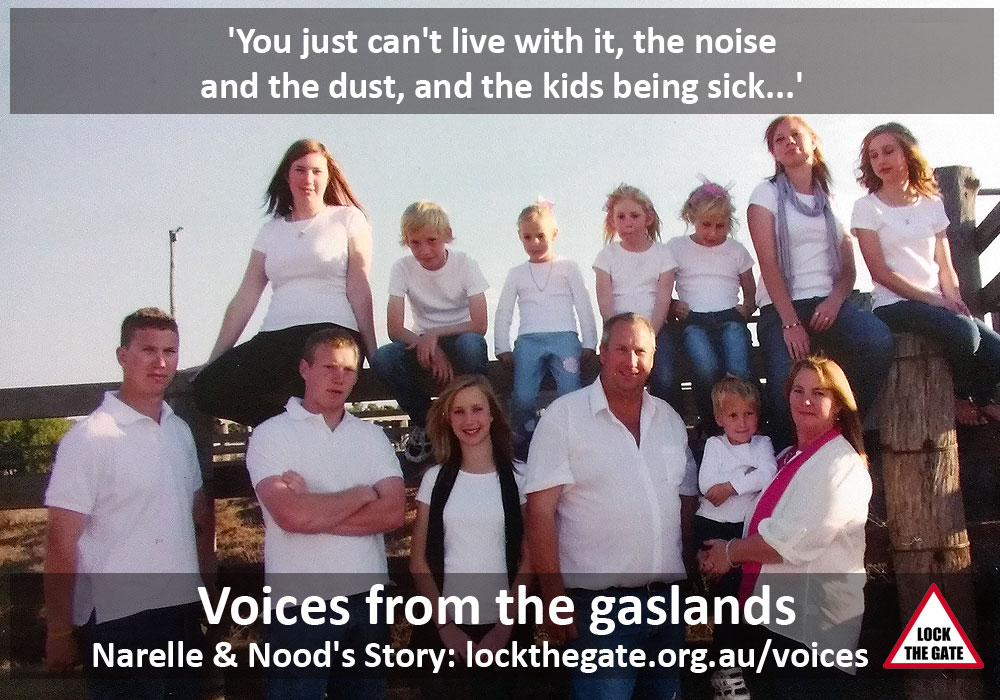 Voices from the Gaslands is a series of short videos featuring people living surrounded by coal seam gas fields in the Western Downs region of Queensland. These rural residents are at the front line of unconventional gas development in Australia and are already experiencing a range of devastating impacts on their health, well being and livelihoods.

Narelle and Nood Nothdurft bought their dream home near Chinchilla in southern Queensland, eleven years ago.
It included a large house for their growing brood of 11 children and 350ha where the kids could roam freely, ride their motorbikes, climb trees and fish in the dam. Read & watch Narelle and Nood's story here 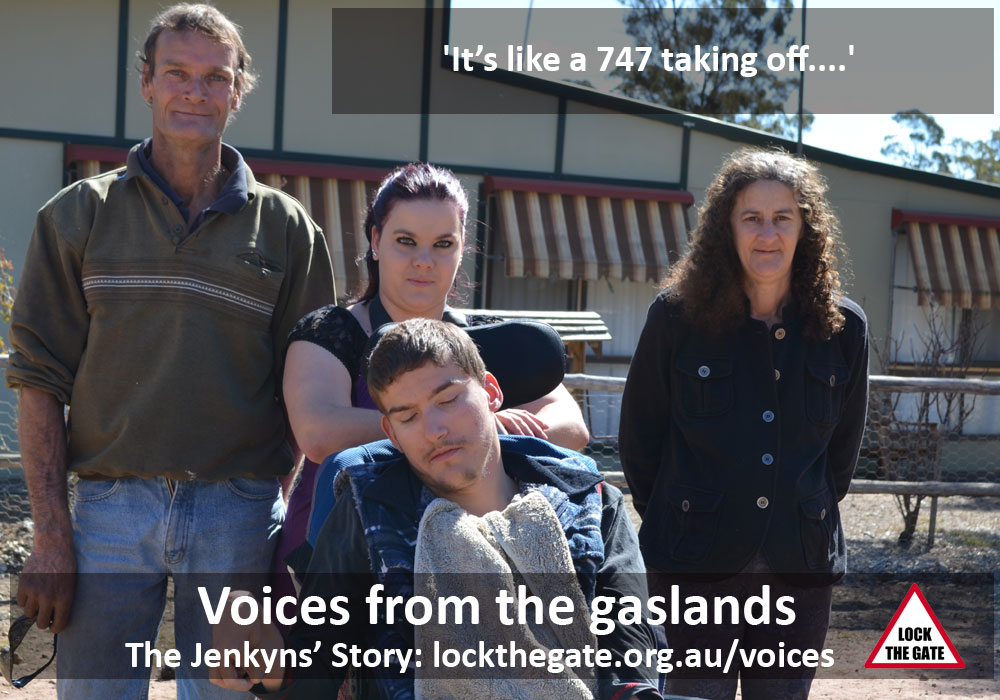 When John Jenkyn and his family moved from the Sunshine Coast to a 63ha bush block and cottage near Tara, eight years ago, they thought they had found an idyllic retreat. Read & watch the Jenkyn's story here.

Like his father and grandfather before him Bob Nixon has spent a lifetime developing his Hereford bull stud in Queensland. But the property is currently in drought and Bob fears for the long-term future of the bore water that he relies on to carry the property through the tough times. Read & watch Bob's Story here. 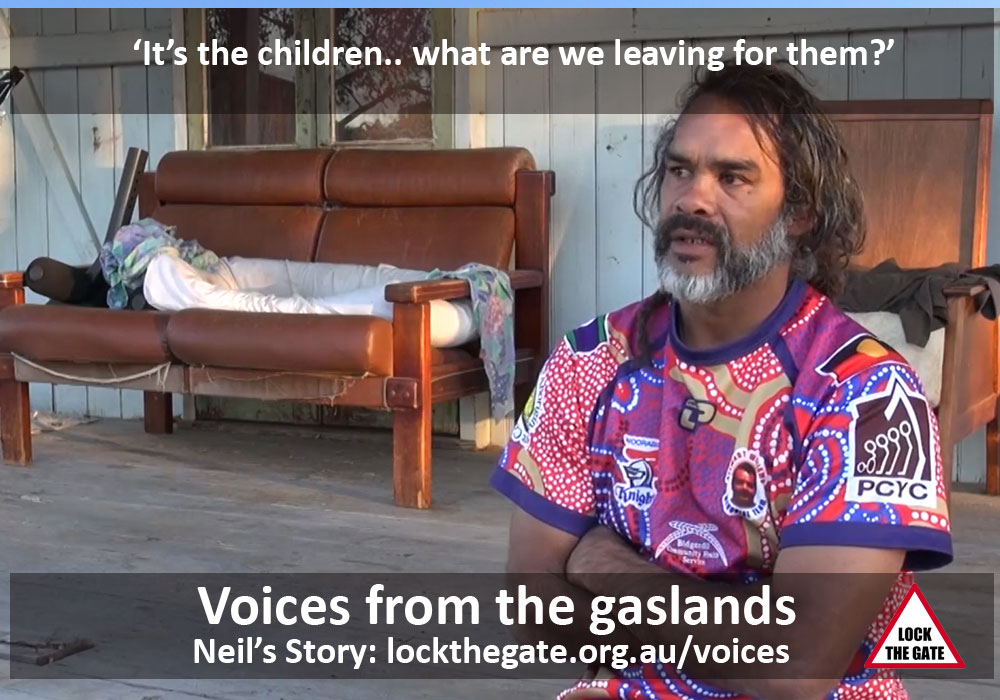 Traditional custodian Neil Stanley can only shake his head in disbelief at the damage done to an ancient ceremonial site by QGC at Kogan, near Dalby. Read & watch Neil's story here.

Chinchilla cotton farmer George Bender is about to lose two of his precious underground water bores. The bores are being sucked dry by the activities of the coal seam gas industry and the gas companies are supposed to make good the loss. Read & watch George's Story here.

For five years Megan Baker fought gas company Arrow Energy for compensation for the land they used, the wells they dug and the damage they did to her property. Read & watch Megan's story here. 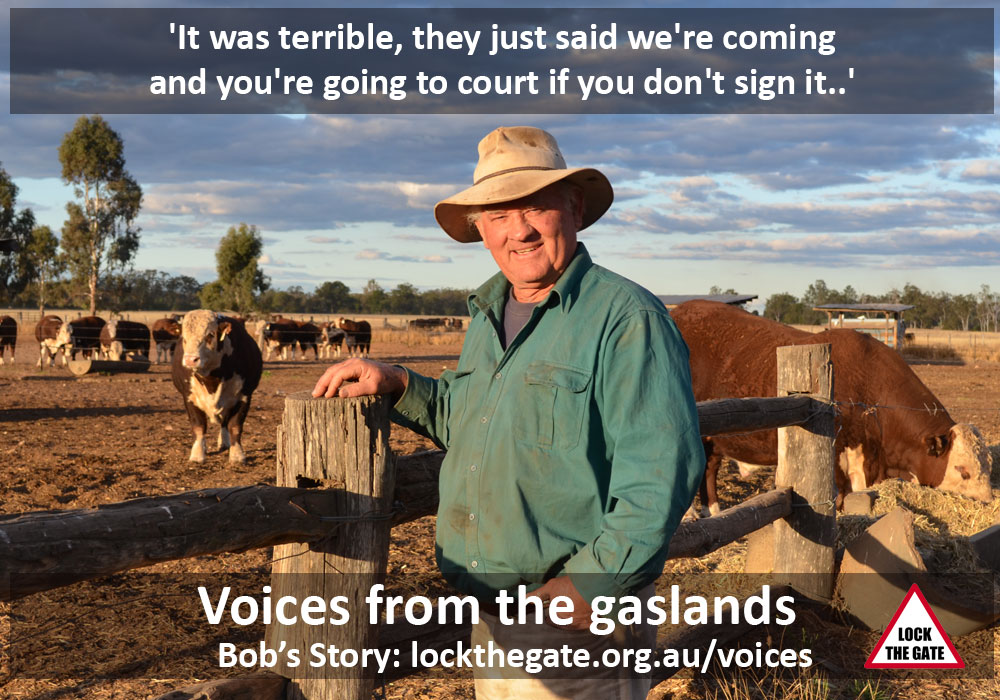 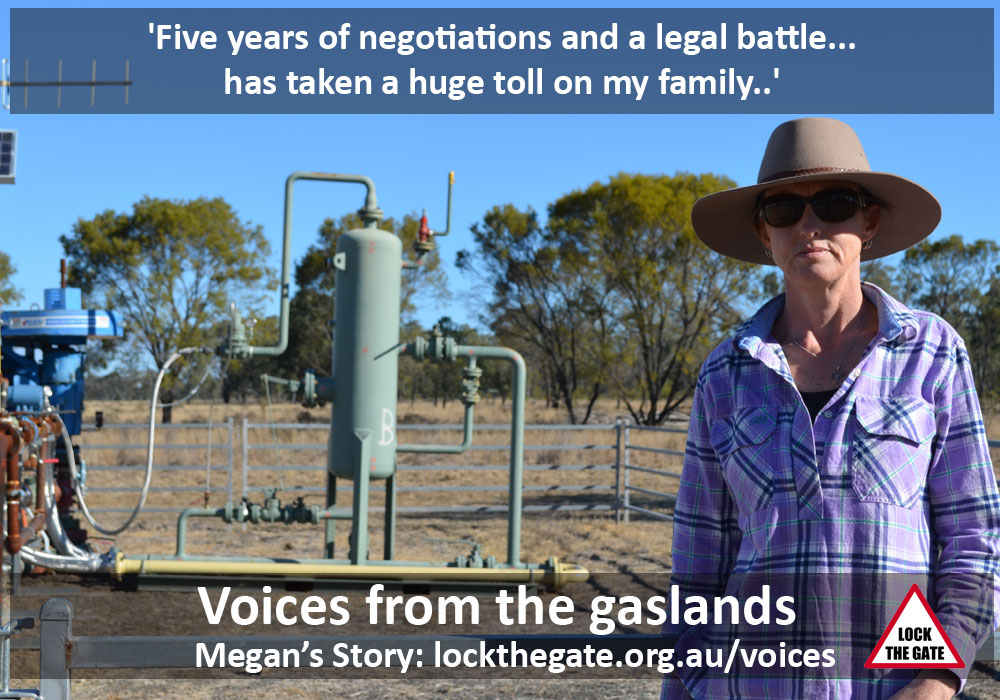