The first frack hit like a hammer blow for all those who had spent years fighting the industry.

Despite all the rallies, the protests, the meetings, and the thousands of letters and emails sent, still, fracking was being allowed to pollute the Territory’s ancient landscape. 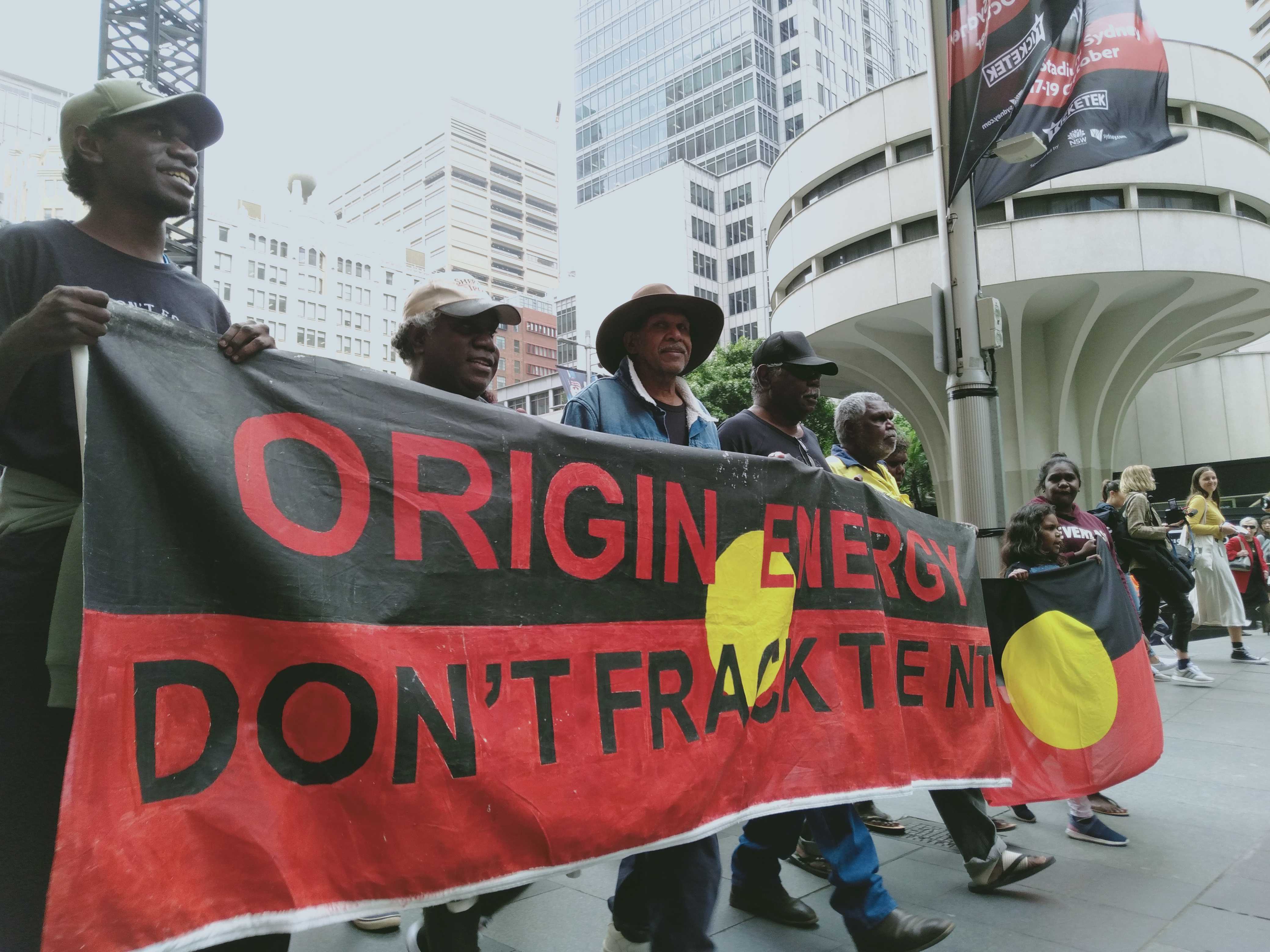 The politicians had bent over backwards for the frackers. Territory Environment Minister Eva Lawler gave approval for Origin Energy to frack - during the volatile wet season no less - two days before Christmas.

That approval was just one of a hurried batch. Oil and gas giant Santos had also sunk and fracked a well in the much-lauded Beetaloo sub-basin. Plans by a smaller operator, Empire Energy, for a drill site were also approved shortly after.

But then, in the space of just a few weeks, the fracking industry in the NT came to a sudden, screeching halt. The local people who had opposed it for so long were able to breathe a collective, slight sigh of relief. By the end of March, only skeleton maintenance crews remained at fracking sites.

Just as it had brought much of the world to its knees, the Covid-19 pandemic had made it impossible for the Fly-In-Fly-Out model of employment used by the fracking companies to continue.

But it wasn’t the only development that suddenly made fracking an unviable operation.

On the other side of the world, negotiations between oil producing behemoths Russia and Saudi Arabia had broken down. The Saudis responded by ramping up production, flooding the market, and driving the price of oil down to rock bottom levels. While an international agreement to stem the freeflow has since been reached, the liquified natural gas (LNG) price isn’t expected to recover for many months yet.

Because Australian LNG contract prices are tied to crude prices, the oil glut sent local producers into a panic. Santos shelved its $7 billion Barossa project, off the coast of Darwin, and announced a halt to all capital spending for 2020. Other massive developments were also put on ice, like Woodside’s $30 billion Burrup Hub project, which aims to develop the untapped Browse gas field on the north west shelf.

It was all too much for the fledgling fracking industry in the NT, and producers Santos and Empire announced an indefinite pause. Origin Energy says it will be back fracking in July 2020 after a three month delay. 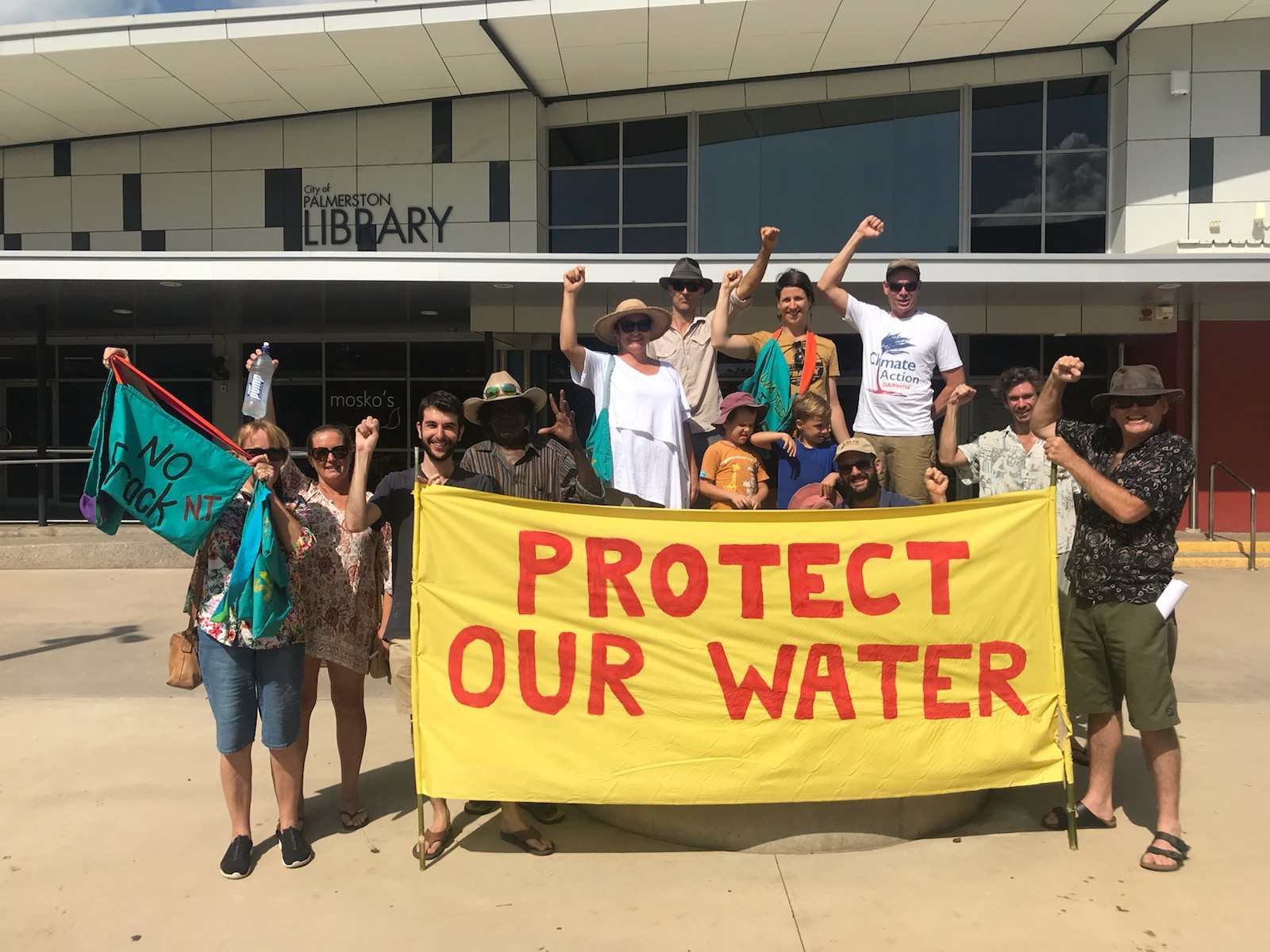 Among those who welcomed the news of a halt in fracking was Ray Dimakarri Dixon, a Mudburra man and a Native Title holder in the region where Origin was drilling prior to its decision to halt operations.

“It was really an emotional, deep feeling for Country, and for people, for family. It was a happy feeling, a big relief from all that we went through,” he said.

“There’s been a weight lifted off my shoulders. People are getting to heal again, and Country can heal too, you know.”

“In the past, our old people made the decisions but they didn’t know what they were signing.

“I think they were tricked a bit, our people back then didn’t understand. Fracking is new for us in this country.

“We definitely don’t want anymore fracking in our country, in our area, my grandfather country, my mother country. We had a drought for three, four years, and if fracking is going to go ahead, we’re worried our water is going to get contaminated. It’s going to be terrible for Country and my grandchildren and the future.” 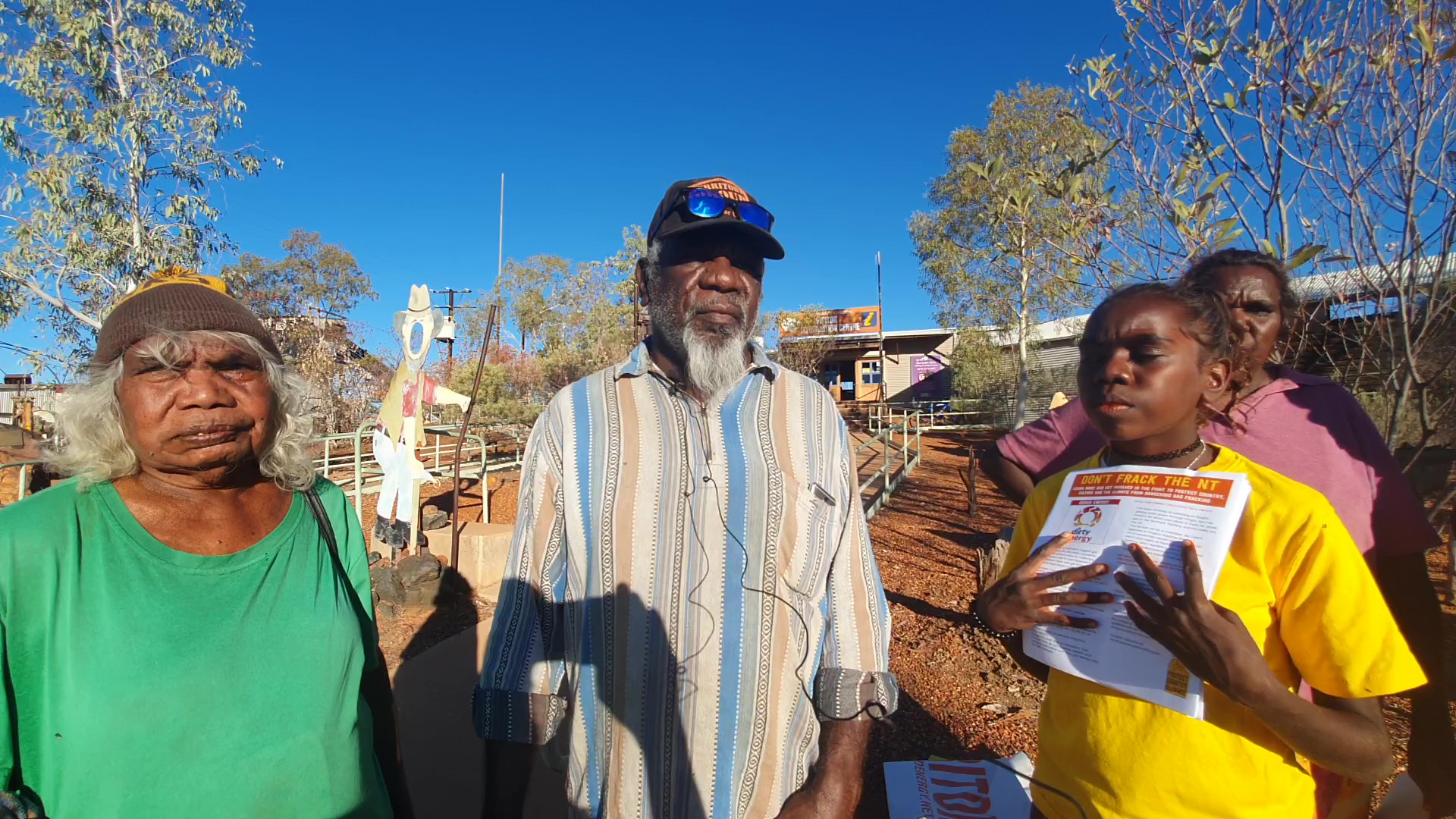 He said after the oil price “bloodbath” had run its course, he expected to see a scaled back fracking industry return to the Territory. But with a looming Territory Election, scheduled for 22 August, politicians and candidates could expect to feel the heat from the local community who want to see fracking halted for good.

“The next few months will be crucial as we watch the changes in the oil price,” he said.

“I think what we will see is a more scaled down approach to fracking in the NT, I think the companies, especially the big players will attempt to continue.

“The fight will go on, no doubt… we will be well and truly out against those companies and the Gunner Government to say there should be no more public money given to facilitate fracking projects. We need to protect our water and our communities.”