Object to the Wilpinjong coal mine extension

In 2006, the NSW Government approved the Wilpinjong coal mine in the upper reaches of the Hunter River catchment. Residents of the nearby community of Wollar were told that the mine would be the best thing that ever happened to them. It wasn't.

Fast forward ten years and the once vibrant community of Wollar has been decimated. Many people have been forced to leave, unable to continue living next to one of the biggest open cut coal mines in NSW. Now, the mine's owners, Peabody Energy, want to expand the mine further towards the village, increasing their available coal by 95 million tonnes, extending the life of the mine, and in the process: driving Wollar to extinction.

Even the NSW Planning Department admits this project will kill Wollar (they just don't care). The Planning Minister, Rob Stokes, has ignored the requests of the community and sent the mine to a Public Hearing, which will extinguish the public's legal right to appeal any subsequent mine approval in court.

Well, we're boycotting the Public Hearing (join us! We're protesting instead), but we still want to make sure the NSW Planning Assessment Commission gets plenty of public submissions against this project.

Please use our simple guide below to lodge your objection. Submissions close at 5pm on 5th December 2016.

How to lodge your objection to the Wilpinjong Extension Project.

Introduction: why I am boycotting the Public Hearing

Please accept this written submission to the Planning Assessment Commission's Review of the proposed Wilpinjong coal mine extension project (RO39-16).

Please note that I will be boycotting the Public Hearing for this project. That event is an absurd and cynical stunt that serves no purpose apart from the deliberate removal of the public's legal merits appeal rights over this project. It is essential that merits appeal rights are restored for NSW coal mine approvals, as the current approval process is apparently deaf to everyone but the coal industry's in-house “experts.”

The Independent Commission Against Corruption has recommended that merits appeal rights be restored for coal mine approvals, and that is a view I share. It is also why I am boycotting the Public Hearing in Mudgee.

I object to the Wilpinjong Extension Project and urge the commission to recommend against its approval. The reasons for my objection are outlined below.

The NSW Department of Planning and Environment (DoPE) now admits that the Wilpinjong coal mine it approved ten years ago has devastated the community of Wollar. When approving the mine in 2006, the DoPE downplayed the impacts on Wollar and said social impacts from the mine would be “minimised and managed”.

The Department was wrong, and now admits it (although not explicitly, but in their usual insipid bureau-speak). But the proposed solution is not to help Wollar – not to fix the problems – instead they propose that Peabody be allowed to finish the community off for once and for all. DoPE now openly acknowledge that this project would kill off the community of Wollar, but recommend that it be approved anyway.

This is a disgusting betrayal of a NSW community by a Department that is supposed to serve them. Instead the DoPE is serving the interests of an unscrupulous American coal company that has no interest in NSW apart from exploitation. The existing Wilpinjong mine has 11 years of approved mining still to do, over which time it would wind down before closing. This is what was approved in 2006, and this is all that should be allowed in a world that is phasing out thermal coal due to the urgency crisis of climate change.

DoPE has incorrectly concluded that the population of the Wollar district will continue to decline even if the mine extension was not approved. This position is not based on any evidence, and does not seem likely given that the impacts of Wilpinjong mine on Wollar will decrease in coming years, as the mine winds down towards closure in 2027. There are great opportunities for the Wollar community to bounce back if the mine is not extended. But if it is extended, Wollar will die. And then the mine will close anyway.

The DoPE Assessment and Peabody's Social Impact Assessment propose that Wollar village be emptied, but fail to recognise the significant impacts facing residents stranded in the surrounding area. These include increased isolation, loss of emergency services and stranded assets.

The Voluntary Payment Agreement with Mid-Western Regional Council will not mitigate predicted impacts such as the loss of the local shop and less Bushfire Brigade volunteers with local knowledge.

The biggest social impact on Wollar over the past ten years has been noise from the mine, but this hasn't been fully or adequately assessed in the EIS. There hasn't been a proper assessment of Low Frequency Noise pollution from the proposal, despite previous work from the EPA in June 2016 demonstrating that LFN was an issue of concern at the site. This assessment must be done properly.

DoPE acknowledge that the project will not even meet the inadequate noise requirements of the government's flawed Industrial Noise Policy. The Department also admits that that there is no reason these requirements couldn't be met, except that it would cost Peabody an extra $42 million to meet them, which DoPE doesn't think is a reasonable thing to ask of the company.

DoPE are effectively asking the local community to pay the price for the noise impacts of this mine with their health, so that Peabody Energy doesn't need to pay it with their money. This is shameful, but unfortunately, it is true to form for the DoPE.

The modelled air pollution impacts on Wollar and surround residents is too conservative, but it still shows that PM10 particle pollution – known to increase respiratory illness – will exceed 24 hour pollution level limits set by the EPA. This is not acceptable, nobody should have to pay for this mine with their health, and especially not local residents who would not benefit from it in any way.

To destroy these irreplaceable and invaluable cultural places for the benefit of another few years of open cut coal mining would be a tragedy, and must not be allowed.

The Office of Environment and Heritage has identified that the cumulative impacts of mining on cultural heritage is approaching unacceptable thresholds in the region. Enough is enough.

The proposal will have a cumulative impact on threatened species habitat that cannot be “offset”, including habitat for the nationally critically endangered Regent Honeyeater. The proposed biodiversity offset areas are inappropriate and inadequate, and even include land previously mined by the company. The proposed offsets do not meet national requirements for Regent Honeyeater habitat.

Peabody are proposing to mine through the narrow valleys protruding into the Munghorn Gap Nature Reserve, which is completely at odds with the very purpose of a nature reserve. This would impact on the ecosystems and species that inhabit the reserve, and should not be permitted.

The NSW public expects mining companies to fill in their voids. It is unacceptable that the community be expected to foot the costs and responsibility for these large, toxic lakes that will impact waterways and the regional environment for literally centuries. Yet once again, the DoPE is proposing that Peabody should not have to pay money to fill in its holes once the company has collected all the coal and made its profits. This is another disgusting betrayal of the public interest by the Department that is supposed to serve us.

All final voids should be backfilled. The argument that a third void in Pit 8 is necessary because it will cost Peabody $15m to backfill is offensive to common sense and justice.

Peabody has no money

The parent company behind the Wilpinjong project is bankrupt. Not just morally bankrupt (Peabody are famously anti-science, and big spruikers of discredited climate change deniers), but actually financially bankrupt. That the DoPE does not think this is an issue again shows just how one-eyed its view of any coal project is. The Department is apparently incapable of saying “no” to a coal company, even if it has no money.

While Peabody claims that its bankruptcy is a temporary measure that it will soon sort out, energy finance experts disagree, and point to the company's complete reliance on coal as one very good reason that it will never recover. Coal, after all, is an industry in irretrievable decline, even if the NSW Government has not acknowledged that yet.

The DoPE report states that benefits of the project include $172.5m of direct capital investment. The report also states that the development decision relates to the ‘land’ not the ‘person’.

However, all the public benefits including employment predictions and investment relate directly to the proponent and their proposal under assessment. The economic analysis and public benefit predictions are an essential part of the decision and cannot be separated from the applicant. At the very least, the quite real possibility that the parent company behind this project will collapse should be considered in the economic assessment for the project. Without this consideration, the assessment is inadequate.

The world, including Australia, has now brought into effect the Paris Agreement on climate change, which aims to limit average global temperature increase to 1.5 – 2 degrees Celsius. Due to the fossil fuels we have already burned, the world has warmed by 1.2 degrees already, and climate scientists say we are running out of time to meet the Paris targets.

Under these circumstances, it would be reckless and irresponsible to allow the Wilpinjong coal mine to access another 95 million tonnes of thermal coal, as proposed. 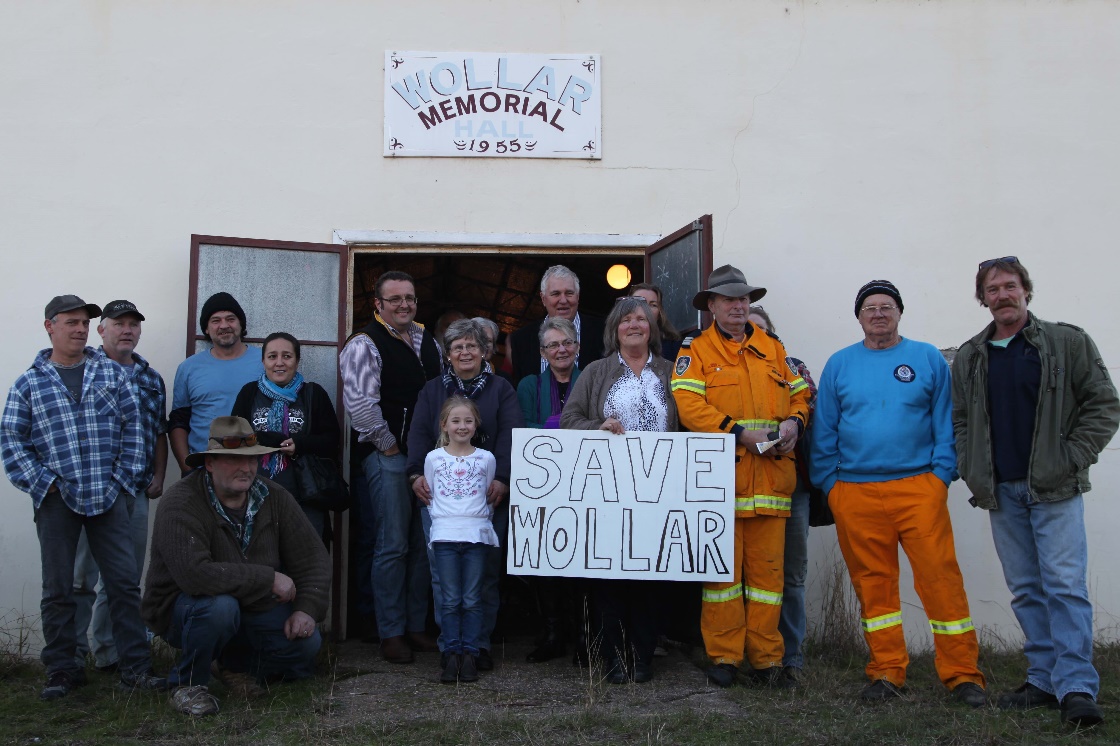