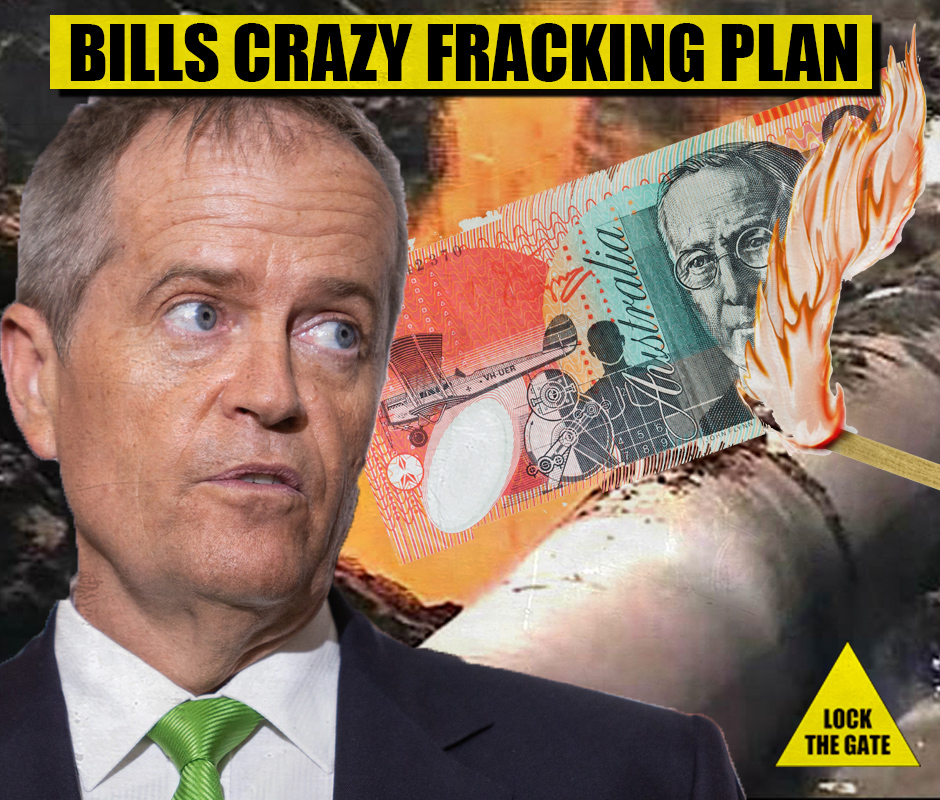 Bill Shorten announced this week he’ll spend $1.5 billion of public money on pipelines to open northern Australia up to fracking and gas.

It’s a disastrous move that would see our hard earned taxpayer dollars being handed to multinational gas giants, putting our water and our climate at risk.

Can you call Shorten and other key Labor MP's and tell them what a terrible move this is?

Here are some talking points for your message: