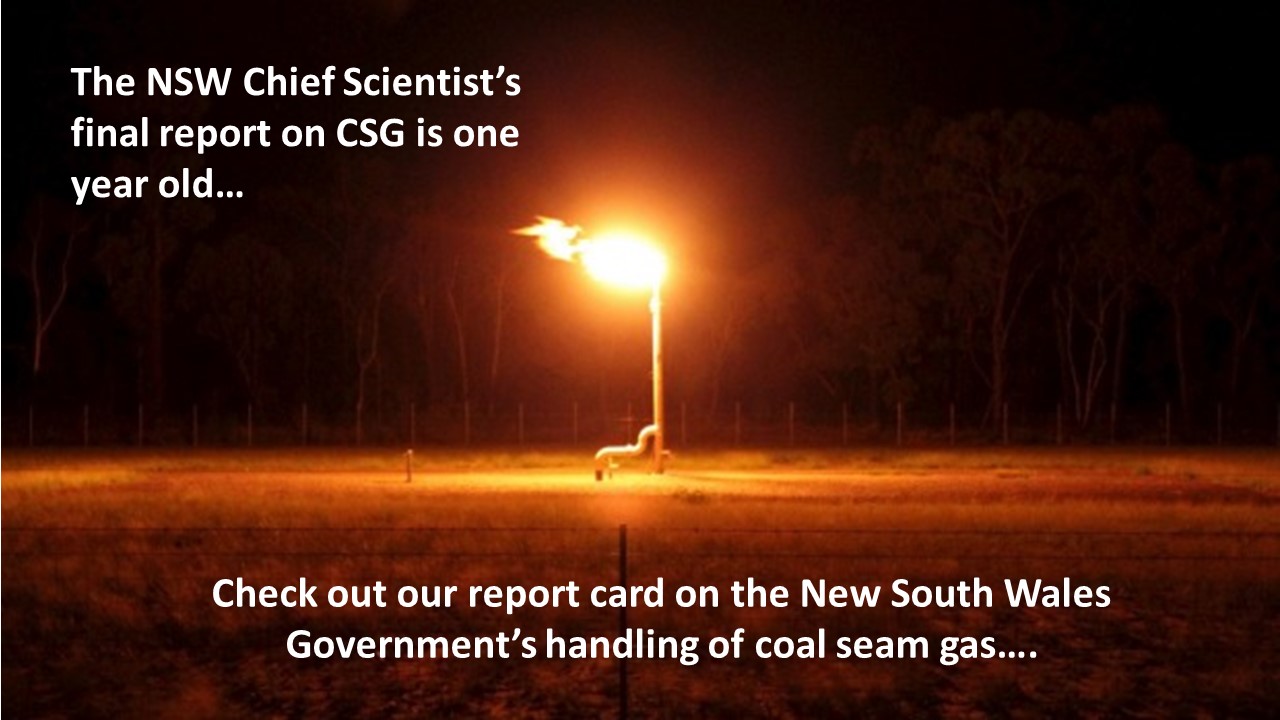 There is an extraordinary political consensus growing against unsafe CSG in NSW. A Bill has been introduced into the upper house of the NSW Parliament to make the Northern Rivers gasfield free, protect the Pilliga from CSG and create a moratorium on unconventional gas across New South Wales.

One year on from the release of the NSW Chief Scientist's final report, Lock the Gate has produced a report card on the status of NSW Government policy on CSG. Our report card shows that the Government is falling short on the four big issues of concern to communities: water, health, protection of farmland, and landholder and community rights.

Closer analysis indicates that the Government has failed to deliver on 8 of the 15 recommendations by the Chief Scientist, and only delivered partially on the remaining 7 recommendations.

We have released this summary report card of NSW Government performance in addressing the four most serious concerns that have been expressed by the community about coal seam gas, and a separate, more detailed analysis of the extent to which the Government is delivering on the Chief Scientist recommendations.

The results indicate that the overall implementation of CSG policy in NSW is falling short of community expectations, and that delivery of the Chief Scientist recommendations has been poor overall.  The NSW Government has cherry-picked recommendations that suited it, and appears to have ignored those that did not.

As a result, there is still extensive community opposition to the industry and the regulatory framework remains fragmented, inadequate and poorly understood.

You can read our full report card here