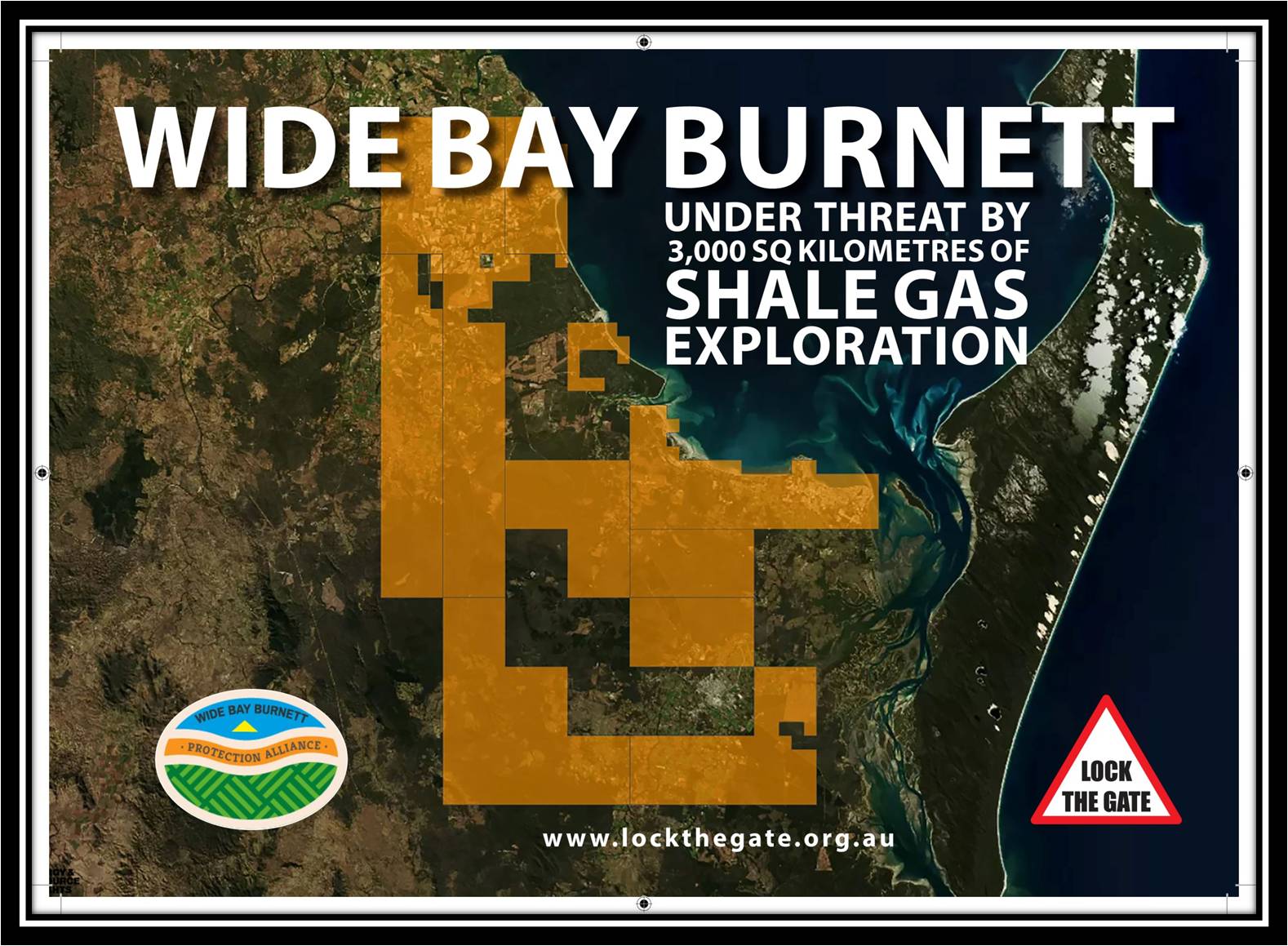 The Department of Natural Resources and Mines informed Lock the Gate Alliance in January that the first two Blue Energy gas permits that were due for renewal on the 31st December had expired, and would not be renewed.

The third and final permit expired on 31st March and cannot be renewed.

We need to stop gasfields from risking land and water in the beautiful Wide Bay Burnett region!

Blue Energy's exploration permits blanket the region. Close to 3000sq/km of shale gasfields are proposed in the Maryborough Basin Project.

A strong resistance is growing across the Wide Bay Burnett region with 20 communities now declared gasfield free. A whopping 95% of those communities agree to defend themselves against the gasfield invasion. Check out some great images of the community campaign to protect the Fraser Coast here.

The region is growing, with population growth exceeding the state average over the past 20 years. It is forecast to grow to more than 430,000 by 2031.

Take Action to protect the Fraser Coast from fracking gasfields before it's too late!

No future with Gas