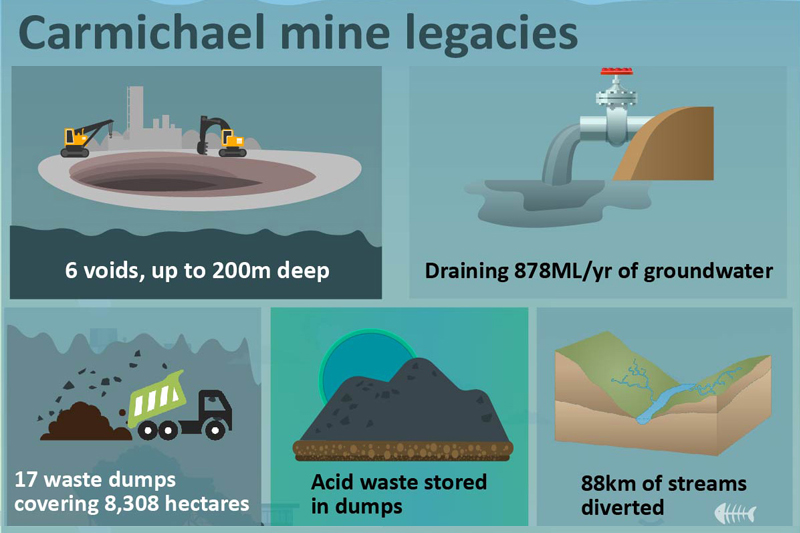 UPDATE April 9th 2019: The CSIRO/Geoscience Australia report identified major shortcomings with the Adani water management plans. This raises very serious issues about the approval granted by Minister Price and how it was granted. Read more here.

The proposed Galilee mines will comprise over 34 open cut pits and 11 underground mines along a 270 kilometre north-south strike, to produce over 300 million tonnes of coal per annum. 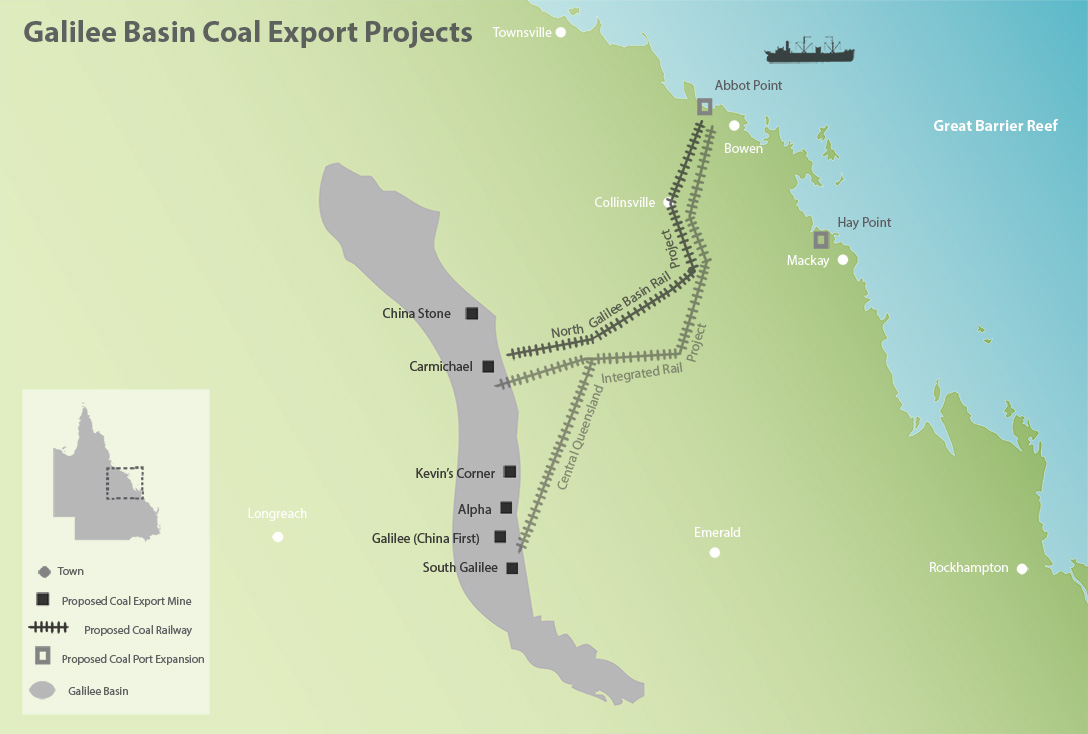 The Galilee coal projects are controversial, due in large part to the scale of the projects and their potential impacts on water resources. Analysis shows that an estimated 1522 – 2007 billion litres of groundwater could be lost as a result of water being pumped out or drained by the proposed mines. That is more than the two and half 'Sydney Harbours' of groundwater originally estimated in the report.

For a full analysis of the cumulative groundwater impacts of coal mining in the Galilee Basin, check out our 2013 report Draining the Lifeblood.

Our 2014 report, Railroaded, looks at the consequences of carving up food lands for coal transport in Central Queensland.

The Bowen Basin, also in Central Queensland, contains the largest coal reserves in Australia. These reserves have been mined extensively over decades at a significant cost to the natural environment, farmland and water resources.

The long term legacy from coal mining in Central Qld will be a string of un-rehabilitated final voids- large holes in the ground left over after an open cut mine that are often filled with toxic water. Read more about Lock the Gate's mining rehabilitation campaign here.

More on the Adani mine...

The Carmichael coal mine Supplementary EIS estimates groundwater take of 26ML/day in year 2029, which equates to UP TO 9.5GL/year.

The current groundwater licence for the mine is inadequate because:

Read more about the impacts of the Adani mine on water resources in our fact sheet.

Adani predicts that there will be a loss of landscape functionality and land use utility across all land classes after mining.

At least 88km of watercourses will be diverted for the mine and there will be no attempt made to restore them after the project ends.

Analysis by Lock the Gate Alliance estimates that it would cost at least $1.5 billion to rehabilitate the Adani Carmichael coal mine in Central Queensland. Download the 2017 report here.

An earlier report shows that the proposed rehabilitation of the Adani Carmichael coal mine will fail even mining industry standards.  The mine will leave 3,346 hectares (an area almost 30 times the size of the Brisbane CBD) as final voids - holes that will never be filled and will remain un-rehabilitated.